The Swiss Entrepreneurs Foundation (SwissEF) is under the patronage of Federal Councillor Guy Parmelin, which he took over form former Federal Councillor Johann N. Schneider-Ammann. SwissEF focuses on improving the framework conditions for entrepreneurship. An upscaler programme and political initiatives form the central elements with a CHF 500 million Swiss fund for growth financing. Faster growth for Swiss start-ups and SMEs as well as new high-quality jobs are initiated.

A message from President Guy Parmelin

To conclude our partnership with Swisspreneur, President Guy Parmelin looks back on a challenging year and is impressed by the innovative power and perseverance of the Swiss startup scene.

Successful completion of the UpScaler program for PXL Vision

Startup PXL Vision, winner of the Swiss Economic Award 2019 and EY Entrerpreneur of the Year Award 2020, increased its revenue by more than 50% last year and doubled its headcount. PXL Vision has benefited greatly from the Swiss Entrepreneurs Foundation's UpScaler program during this time. CEO Michael Born says: "In eight intensive workshops, we were able to identify our limiting growth factors with experienced entrepreneurs and experts from the SwissEF network and eliminate most of them, which greatly accelerated our growth. I can highly recommend the UpScaler program to all startups that are about to go international."

Due to time constraints, Peter Stähli handed over his function as CEO to his former deputy Simon Enderli as of December 1. We would like to take this opportunity to thank Peter for his extremely valuable work, which has enabled the successful development of the Swiss Entrepreneurs Foundation. We are happy that he will remain with the Foundation as Head of Entrepreneurship. His future engagement will focus on the promotion of startups in the SwissEF UpScaler growth program. 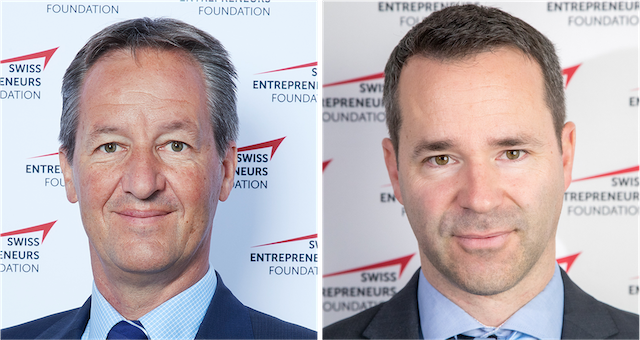 Progress in the taxation of employee shareholdings

On 30 October 2020 the Swiss Federal Tax Administration published welcome changes to its circular on the taxation of employee shareholdings. This has created the basis for a uniform tax practice throughout Switzerland in this area. SWESA was involved in the corresponding consultation process and was able to actively represent the interests of the startup community.

Five Startups in the UpScaler Program

Recently the UpScaler program was launched with the company Zippsafe. Zippsafe manufactures a novel locker room solution utilizing flexible textile locker bags instead of metal sheet allowing space savings of up to 70% compared to conventional lockers. In order to accelerate the growth of the company, the workshops will focus on sales and distribution. Together with PXL Vision, MyCamper.ch, Dagsmejan and Climeworks, five promising startups are currently completing the SwissEF UpScaler program. 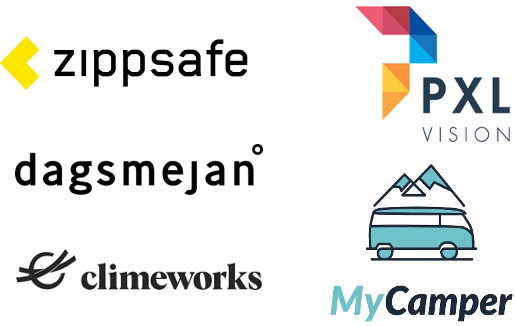 During the summer, the Swiss Entrepreneurs Fund realized its fourth direct investment. Yamo calls itself a «foodtech company» and produces fresh organic baby food using an innovative process. All products are cold-pressed to preserve vitamins and contain no additives.

As a result of the Corona-crisis, questions concerning the financing of startups are even more in focus than before. SwissEF has adapted its UpScaler program and now offers a specific financing module. Previous participants included ANYbotics from Zurich.

Last week the Federal Council communicated its liquidity support for startups. Applications for support must be entered on the EasyGov website. They are then forwarded to the responsible cantons for examination. If necessary, the cantons can call in a commission of experts under the leadership of Innosuisse. On the part of SwissEF, CEO Peter Stähli and Foundation Board member Pascale Vonmont are represented in the team of experts.

SwissEF has been at the forefront of support measures for startups for the past three weeks. Together with other key players and personalities from the startup scene, efforts were made through all possible channels to find an effective and helpful solution. The Federal Council has now approved a support program worth CHF 154 million. 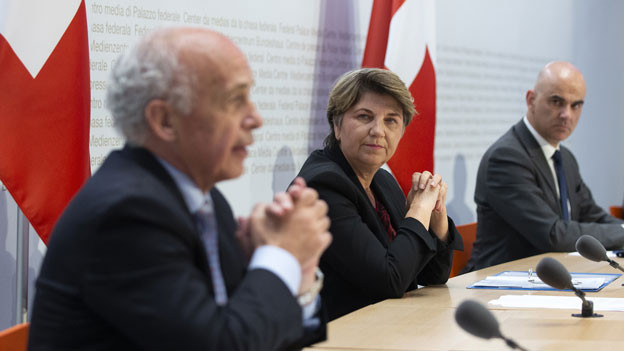 The Swiss Entrepreneurs Fund invests in another promising Swiss company with great potential. The Lausanne-based startup produces innovative equipment for cancer research and tissue diagnostics. Additional information can be found in the corresponding media release.

The Swiss Entrepreneurs Foundation has a broad network of proven experts who are involved in our UpScaler program. Due to the exceptional situation, SwissEF has decided to make this know-how and experience available to startups and SME's that are suddenly facing the biggest challenges.

Following the founding of the Parliamentary Group on Startups and Entrepreneurship by National Councillors Judith Bellaiche and Andri Silberschmidt, the Swiss Entrepreneurs & Startup Association (SWESA) was launched today in Berne. The new association is intended to significantly strengthen political work to improve the framework conditions for startups and innovative SMEs. 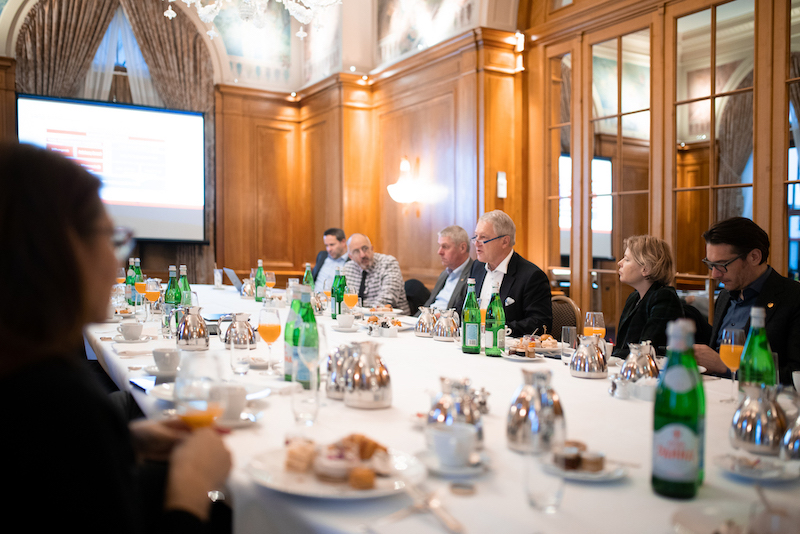 Marie-Gabrielle Ineichen-Fleisch new member of the SwissEF Advisory Board

We are very pleased to welcome the Head of SECO (Swiss State Secretariat of Economic Affairs) to our Advisory Board. Marie-Gabrielle Ineichen-Fleisch has a wealth of unique experience, which is very valuable not least for the political work of the Foundation. The multilingual lawyer has been Director of SECO and the Foreign Economic Affairs Directorate since 1 April 2011. Previously she worked for the consulting firm McKinsey and the World Bank. We look forward to working with her in the future.

SGS is a new member of the SwissEF industry network

The internationally leading goods testing group SGS SA, based in Geneva, has joined the SwissEF industrial network. SGS supports the successful internationalisation of growth companies in SwissEF's UpScaler programme. With its entry, the company is adding its international network, with 2,600 locations in over 140 countries and the extensive experience of over 90,000 employees, to help develop the next generation of internationally successful Swiss SMEs and startups.

Fund achieves milestone with quarter of a billion francs

On the initiative of the Swiss Entrepreneurs Foundation, Federal Councillor Guy Parmelin met representatives of the most successful Swiss start-ups in the Federal Palace. The discussions focused on the current framework conditions for entrepreneurs in Switzerland and the key factors for successful internationalization.

Starting signal for the SwissEF UpScaler

Following the successful pilot at the end of 2018, the SwissEF UpScaler growth program is now being launched on a broad basis. Growth companies in the internationalisation phase will be supported by a pool of 50 renowned experts and an international industry network. By clicking on the picture you get detailed information, a factsheet and the registration link for interested start-ups.

The Foundation Board and Advisory Board were supplemented by other well-known personalities. Claudio Cisullo, IT entrepreneur, investor and board member with various mandates, was newly elected to the foundation board. Rémi Walbau, Chief Innovation Officer of EHL Lausanne and President of Innovaud, supports the Advisory Board of SwissEF with immediate effect. We look forward to our future cooperation.

Last week the 1st Advisory Board Meeting of SwissEF took place. In addition to an interesting and multi-faceted discussion, Aude Pugin reported on the challenges facing Swiss companies in terms of framework conditions and internationalisation. Daniel Gutenberg gave us an insight into the start-up nation Israel. You can find some impressions of the meeting in the video.

In order to optimally promote the scale-up of start-ups in Switzerland, EPFL Lausanne, EPFL Innovation Park, Innovaud and SwissEF have joined forces to form the ScaleUp Network Switzerland. The synergies between the individual funding programmes and the respective pools of experts are exploited in a targeted manner, experience is continuously exchanged and start-ups from all over Switzerland are systematically networked in the scale-up phase. The aim of the new cooperation is to accelerate the growth of Swiss start-ups in the internationalisation phase and thereby significantly increase the success rate.

The FINMA approval for the Swiss Entrepreneurs Fund was communicated at the media conference held on 7 February in Berne. Urs Berger, Chairman of the Board of Trustees, stressed that investing in the fund not only generates a return but also an important "impact" for Switzerland.

New Members for the Foundation Board

The foundation board warmly welcomes further important members. We are delighted with the commitments made by Martin Vetterli, President of EPFL Lausanne, and Beat Vonlanthen, Member of the Council of States CVP. In addition to a great gain in experience and know-how, the two new members have also strengthened the representation of Western Switzerland in the Foundation Board. 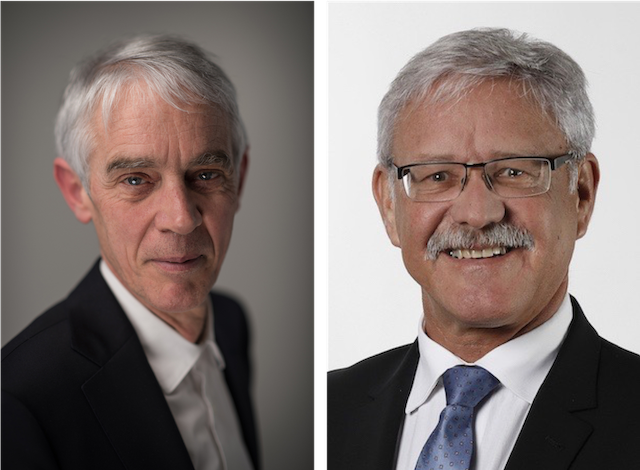 Thanks to an efficient FINMA process and our motivated, interdisciplinary and hard-working team, we were able to obtain approval for the Swiss Entrepreneurs Fund at the end of January. An extremely important milestone in the history of the SwissEF.

Former Federal Councillor Johann Schneider-Ammann was one of the initiators of the Swiss Entrepreneurs Foundation and made a significant and committed contribution to the successful establishment of the non-profit foundation and the Swiss Entrepreneurs Fund within just over a year. Schneider-Ammann was appointed Honorary President of SwissEF by the Chairman of the Board of Trustees, Urs Berger, at the media conference on 7 February 2019 on the basis of his great merits.

The UpScaler program for growth companies was tested in a pilot project with two Swiss start-ups. Both are in the midst of internationalisation, i.e. exactly in the phase on which the SwissEF UpScaler is focusing. The four-month test phase provided important insights. Thanks to the valuable experience and feedback from the experts and the growth companies, we will intensify the program even further.

During the winter session, we were able to successfully hold the first parliamentary event. SwissEF President Urs Berger and the SwissEF Foundation Councils Ruedi Noser and Pascale Vonmont discussed the issue with the Councils of States and National Councils. The taxation of employee shares and options as well as the quotas and administration of qualified employees from third countries were the main topics of intensive discussion. Karim Maizar, Partner at Kellerhals Carrard and Mathias Haussmann, CEO of Ueepa AG, underlined the need for action with practical examples.

Federal Councillor Johann Schneider-Ammann and SwissEF have invited 30 start-up representatives from all over Switzerland to a hearing at the Federal Palace. An intensive two-hour hearing was held with the aim of identifying and prioritising the most important needs for improving the framework conditions for start-ups and entrepreneurship. The two topics "Taxation of shares and options" and "Qualified foreign workers" were discussed in greater depth.

The successful Swiss entrepreneur, who sold his startup Wildfire to Google in 2015, will become a member of the Advisory Board of SwissEF. Alain lives in Silicon Valley and visits Switzerland regularly.

Peter Stähli – founder and long-standing CEO of the Swiss Economic Forum (SEF) – takes on the role of Managing Director at the Swiss Entrepreneurship Foundation (SwissEF).

The Swiss Entrepreneurs Foundation is founded under the patronage of Swiss Federal Councillor Johann N. Schneider-Ammann, with Urs Berger as President.

Declaration of intent for establishing a Swiss fund for venture and growth capital signed by Credit Suisse and UBS, two major Swiss banks. It is now planned to establish the fund in the coming months and conclude the extensive authorisation process with FINMA by December 2018.